Real Name: Anthony Brown
Height: 5'9
Age: 19
From: Charlotte, North Carolina
Personality/Gimmick: Tony is very gullible and will believe almost anything he's told. His young age makes him vulnerable to the veterans of Unmatched and Intensity. He's fun loving, which gives him confidence to succeeed in CMV.

Backstory
In North Carolina, Tony loved to watch wrestling with his friends and family. He and his friends played outside and tried doing real moves on each other. Tony recieved a heartpunch that instantly stopped his heart. He was rushed to the hospital and is a living miracle. He still hadn't learned from his lesson and kept taking moves from his friends. Another friend gave him a State of Paralysis(Tombstone) that broke his neck. He was then not allowed to hang with his friends anymore and had to be alone for a majority of his life while being home schooled. Being alone gave him time to actually work on his talents. Tony in his spare danced, thought of his wrestling moveset, and start his own YouTube channel. When he turned 19 he found himself making his way into the independant wrestling circuit. Using his Indy background he finds a way into CMV's Unmatched/Intensity.
_________________
Luther Thunder: 1x European Champion
Rashad Rockwell:1x Tag Team Champion with Kidd Campbell
Elijah Stewart: 1x Tag Champion with DJ Moore, 2x Alpha World Champion, 2018 Match of the Year, 2018 Attire of the Year, 2018 Face of the Year
Jimmaurie Williams:  2x CMV International Champion. Debut Episode 109.
Parker: 1x European Champion
Anthony Brown: 1x Television Champion
Miles Kelly: 1x Longest Reigning Rising Star Champion 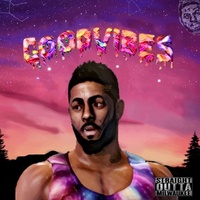