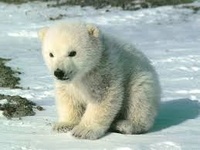 Born Matthew Maverick in Atlanta Georgia, March 14, 1984, Matt had a relatively decent upbringing in an upper-middle class family living in the Alpharetta area, where he received average schooling, and overall had an average childhood.  His biggest issue was when his family discovered he had mild schizophrenia, though he was soon medicated enough for it not to impact his life.  One thing he loved as a child was learning about royal families, especially kings.  He was engrossed in stories of conquest especially.  How William The Conqueror defeated The Saxons at The Battle of Hastings, how Henry VIII managed to defeat the French despite all odds at the Battle of Agincourt.  His favorite story though, was the ancient legend of King Arthur, he who pulled the sword Excalibur from the stone.  These stories fascinated him to no end, to the point where he would fantasize about being one of these legendary monarchs.  He knew he never could be one.  Instead, he decided on a career more...  Realistic.

One thing Matt loved almost as much as monarchs was wrestling.  He saw the dramatic tension in it.  Heroes pulling through despite all challenges, titans defending the righteous way, and legends battling over a throne.  He even compared the old WWF championship to the Excalibur, the sword of King Arthur, and the fabled "mountain to climb" to the rock Excalibur was pulled from.  While his small size discouraged him at first, he saw men rise despite their size, giving him the hope he needed.  He was able to train for this career while doing well in school, earning his high school diploma before fully devoting to his training, working with his trainer and veteran wrestler, Max Devon.  (Ring name: Sal Cubas) Max, while a big man, was surprisingly athletic, imparting his tricks and wisdom to Matthew.  While he wasn't exactly born with natural talent, with hard work he managed to get picked up by a wresting federation in North Carolina.  The fed was owned by Duncan Devon, Max's brother, former wrestler, and resident smartass.  This fed, one that Matthew would work at for the first few years of his career, was called WCCW.

His first few years in the business were quite challenging due to his small stature, but most of the guys were surprisingly supportive.  There was one man though, Josh Hopkins, who considered him a waste of company resources, saying his bad physique and bad face made him a liability, so much so that Josh said he "wasn't worth the scraps the company fed him or the fuel used to fly him."  Josh mocked Matt whenever he mentioned his love of history and royal families, calling him Prince Matt as a joke.  Despite the intentions, Josh's joke actually led to Matt creating his first real in-ring persona.  Working with Max to create the costume, work out the booking with Duncan, and figuring out the small details about the character.  Next show, WCCW would present the debut of King Matt, KING OF ALL RINGS!!!  The crowd actually loved the character as a kooky anomaly.  A tiny guy in a bizarre costume pretending to be true royalty, doing things like being carried to the ring on a throne, wielding a scepter, and calling everyone his royal subjects.  He often used his historical knowledge in rivalries, such as when he compared a man named Trevor to Harold II of the Saxons.  The pinnacle of his career however, would be the turning point in his life.

It was June 28th, 2008, in WCCW's King of The Ring ppv.  King Matt was set to face off with Josh Hopkins in the final match, both barely beating their competition.  The match was going to be what Matt's carrer was leading up to, proving himself the King of All Rings.  At this point he was a fan favorite, known for his perserverance and unique attitude.  He and Josh had thrown words back and forth, with Josh calling Matt "A tiny creep with an offically oversized hat."  Matt later responded by comparing him to snakes in India hunted by The British Empire.  Truth be told, neither were masters of the mic.  Despite that, the stage was set, and the match was long.  Finisher after finisher, submission hold after submission hold, but neither one would give up.  Eventually, the ref was caught in the crossfire between them, with both the ref and Matt getting knocked down.  Josh took this opportunity to get a chair from out side the ring, bring it back in, and bash Matt's skull with it.  He slammed that chair into Matt's head over and over again, beating him within an inch of his life with the chair.  overall, Matt suffered twenty full force chair-shots to the head.  Despite this, as Josh helped the ref get up, Matt suprised Josh with a rollup, winning the match.  He won the king in the ring tournament, but at a heavy cost.  The chair shots caused irreversable brain damage, causing a level of amnesia in Matt that would plague him to this day.

(Will be continued at a later point)