Backstory-Rada Wolski was born in Warsaw Poland in 1993 to Jakub and Adriana Wolski. From her understanding, she was an only child but we'll circle back to that later. Rada was labeled as the weird girl growing up. She much rather play sports with the boys than do "girly things". Rada was made fun of in school and she even tried to defend herself but got a box cutter to the lip. When Rada was 14, her mother was killed in a robbery gone wrong, and her father got enough money for her and Rada to move to America. When Rada was 15, her father passed away after a heart attack. She dropped out of school and lived on the streets until a local promoter saw her and picked her up to train for the show. She has loved wrestling ever since. She found her brothers in early 2019 and she keeps in touch with them.

Shou Rong
CHN-POL Connection
She is Chinese, Dashing
Has sex with pans 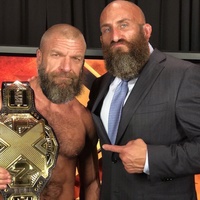