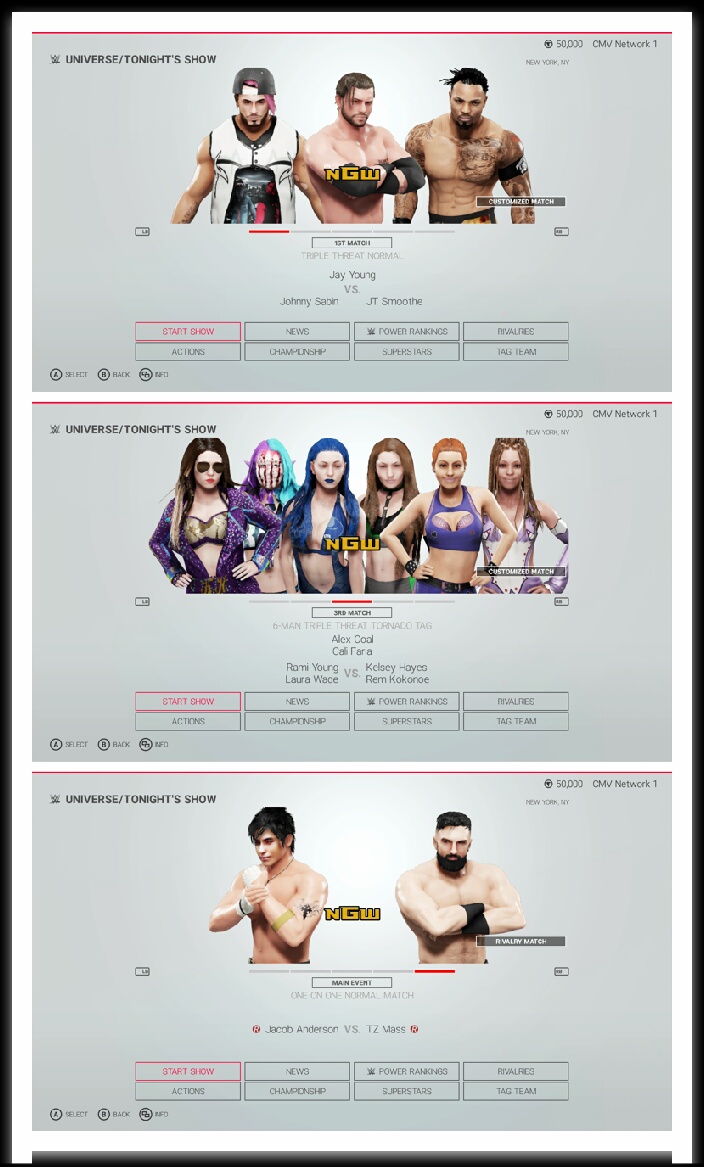 -Three debutees take to the ring tonight to prove their worth, all hungry to showcase their respective abilities to the CMV universe. However it'll be only one of them that will be able to outshine the others in some always-exciting triple threat action!

-Six more women arrive to the NGW women's division in yet another three-way tag team match, the winning pair moving on to tangle with last week's winners, Piper Foxx and Sony Octave, next week for a shot at becoming the inaugural NGW Women's champion!

-The wrestling world collectively gasped last week when TZ Mass was beaten for the first time ever by Jeremy Alexander, but only after an assist from Mass' number one contender, Jacob Anderson, before the bout began. Now, two weeks before they meet at Departure for the NGW championship, The Bulldozing Bully is out for the blood of the Charismatic Kid, in what promises to be a can't-miss non-title confrontation!
_________________
1x CMV Anarchy champion
1x CMV Tag Team champion
Bludgeon
1x Mr. Money in The Bank, 2x World Heavyweight Champion, 1x United States champion, 2x CMV World Tag Team champion, 1x CMV International champion, KING of the RING 2019, Supremacy general manager, Glammy award for Feud of the Year, Glammy award for Tag Team of the Year (W/Borton), 2x Glammy Award for Heel of the Year
Xander Slate
HOW WAS HE NOT A WORLD CHAMPION!?