As the main event of Supremacy ended and went to commercial break, the CMV staff brought in the table. General Manager Jade Dynamite took her spot at the very end of the table, setting down two stacks of papers.
Once commercials were over and Supremacy was back on the air, Dynamite picked up a microphone and began to speak.
Jade Dynamite
It's time ladies and gentlemen! We've been hyping this up for quite a while now and you're getting the official Wolf vs. Ortiz contract signing tonight.

These two men have set the CMV Universe into a frenzy, with a year and a half's worth of tension building up to this beautiful payoff. But let's allow them to speak for themselves! Come on out, Wolf!

Josh Wolf didn't waste any time getting to the ring and taking a seat at the table. He picked up a microphone from the table and turned to Jade.
Josh Wolf
I'm going to speak a bit before you bring out Ortiz...
Dynamite
Go ahead.
Wolf
This battle has been a very long time coming for both me and Ortiz. But the fact is that this entire situation was inevitable from the start.

Every time I was at my peak. Every time I was at a point where I could break out from this prison of the mid-card and solidify myself as one of the greatest wrestlers in CMV. Every. God Damn. Time. when I had my hands on greatness... Reece was there to try and stop me from making history.

When I dominated the Cyborg Invitation, Reece stopped me.

When I fought Chris Andrews in the Main Event of Ascendance, Reece protested it and tried to delegitimize my victory.

And when I was Alpha World Champion, Reece was there to end my reign and give the title to Pat LaFave.

Reece's primary goal since the Cyborg Invitational last year was to find ways to ruin my career... And when he came to me and asked to join forces. I was DISGUSTED.

This man tried to destroy my career. And he had the balls to come to me and fight with me. But I soon changed my opinion... I realized something. This man seemed genuinely sorry for what he did and wanted to mend the tear. So I reconciled and we did pretty damn good. Hell, we were better than X-Gen. WE. BEAT. X-GEN.

But then his injury came... And he began to slack off... He let his injury dictate his time in the ring. When I lost my first Rising Star Championship to Vachon, I got a concussion! I came back TWO WEEKS LATER with doctors telling me to stay home. And guess what? I destroyed Vachon.

But Reece sat there on the apron, never calling for a tag. I did the work. And he left me there... So I snapped.

I remembered just who Reece Ortiz truly was. A man who wanted to keep me down. And I decided that I wouldn't stand for it anymore. So I let Fenrir take over for the first time in almost a year... And don't you worry... The God of the Wolves will be at Ascendance to put Reece Ortiz down for good. 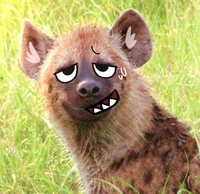 Reece Ortiz's theme music interrupted Wolf's tense speech. The former and most recent World Champion marched out to joyous applause. He made his way to the ring, taking a seat across from Wolf and grabbing his own microphone.
Reece Ortiz
I'm going to request that you sit back down and shut your mouth, Josh... It's my turn to speak.
Wolf shook his head and lowered the microphone, giving Reece the opportunity to speak.
Ortiz
You're right about a few things, Josh, this fight was certainly a long time coming. I didn't try holding you back. I was just trying to prove why I deserved to be at the top over you. Do you want to know why, Josh?

Because you didn't deserve a god damn thing that was given to you. That Main Event at Ascendance? That should've been mine for beating your ass here and back in the Invitational. And don't act like you had some perfect record. Because you lost to Rhys Matthews.

But you know what, I'll give it to you. When No Confidence was gunning for you, you proved that you were just the man to put down Andrews... But it shouldn't have been you in that spot. And it is eating at your soul because you know that every man in that locker room and every fan who watches this show will say the same thing.

You didn't deserve it.

And that is why I put you down, Josh... Because you were a symbol of everything wrong with Cass LaFave's run as GM. But you know what? I'll admit that I judged you wrong. I chose to work with you because I realized that you were a much better option than Pat. And we worked well together!

We OWNED the tag team division... But then you threw it away. You ruined it all, not because I wasn't pulling half the weight. But because you were pissed that you weren't at the top anymore. You couldn't stand being in the place we were. You wanted that glory all to yourself once again...
Reece took a moment to take a breath. He leaned into the table.
Ortiz
You are lucky, Josh. If not for the no-contact clause...
Reece took off his shades, keeping a heavy glare towards Wolf.
Ortiz
I would've jumped over this table and beaten you to death.
Reece threw the mic away and signed his contract, handing it to Jade Dynamite. He stood up and made his way out of the ring. Wolf took a moment and stood onto his feet, raising his mic.
Wolf
You're right Reece... I would've done the same thing to you if not for this no-contact deal... But you know what? I can still send a message without laying a finger on you.
Josh dropped the microphone and took a step back, moving forward and hitting Dynamite with a superkick. Jade fell back from her chair, knocked cold from the kick. Wolf took his papers and quickly signed the contract. The crowd stood silently, in shock, as the show came to a close.
_________________
ACHIEVEMENTS
Josh Wolf:
CMV Alpha World Champion (1x)
CMV World Tag Team Champion (1x)
Inaugural Rising Star Champion (2x)
Harvey Hastings:
CMV Undisputed World Champion (1x)
US Champion (2x)
Amy Winters:
Women's IC Champion (2x)