Alliances made and a new home

Alliances made and a new home

We see the Justices sitting around a campfire--Joy sitting next to Jared who has his arm around her staring intently into the fire while Matthew is sitting on the other side staring up at the sky. Bloody justice is slowly rocking in a rocking chair looking at all three members of the family.


He finally says, “Family, I have wonderful news: we have someone who is willing to help us, and Joy, you know her pretty well. But, before I say who, I want all of your opinions. First, starting with you, Matthew.”


At this, Matthew looks towards Bloody Justice and says, “Well Elder Justice, if she or whoever can help me get that Zero G belt, I'm all for it. I'll even pledge ALL loyalty to them and their goals, so I'm all for it.”


As he finishes, Bloody Justice nods his head and motions to Jared to say something. He was still staring at the fire and just said three words.


After that, Joy knew it was just her, and she said, “Well if it’s who I think it is, she made a good point earlier last season where people like me will never get a shot. But with her, she could help. So I say: let's work with her as partners, hehe.”


After that small chuckle, Bloody Justice gave a chuckle himself. There’s suddenly a flash of light as a portal opens up. Tailcoat Val steps through, mask on and flanked by Kurasuke and Skarzemis, backed by Subject:ZERO. Val surveys the scene before her, eyes resting on each member of the family before resting on Joy.


She says, “So...it’s decided. Ken Donahue used you so that he can play hero, then discarded you the moment your usefulness to him vanished. You were wise to heed my words.”


Val turns toward Bloody Justice. “I assured my benefactor that he would have an arsenal at his disposal. In your unpredictability, your mystique, lies a potential for danger that’s been untapped for far too long. When Mr. Slate calls, we’ll answer.”


As Bloody Justice acknowledges what she said, he turns back to his family and says, "Well, you heard her, but there's one last thing: when you-know-who attacked me in the forest. We now know the position is compromised, BUT we shall still stay there. We have another place we have to take care of; we have our other family home: the ancient swamp which mine, Joy's and Matthew's family lived in before the forest. We have to go there so we shall be alternating, and we have to check in the family graveyard to see if there is anything of use for this season. But with that, I shall see you back home, and, Tailcoat, when you need us, our strength is yours."

With that Bloody Justice stood up and started walking into a green fog that mysteriously appeared. 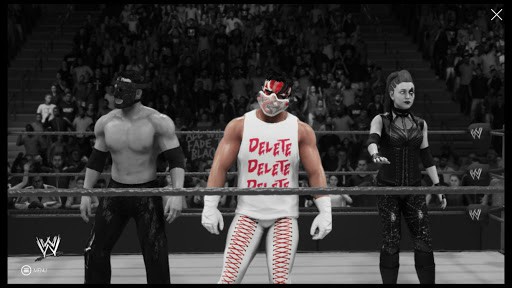 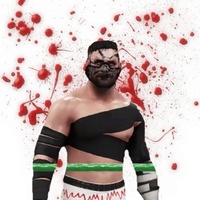